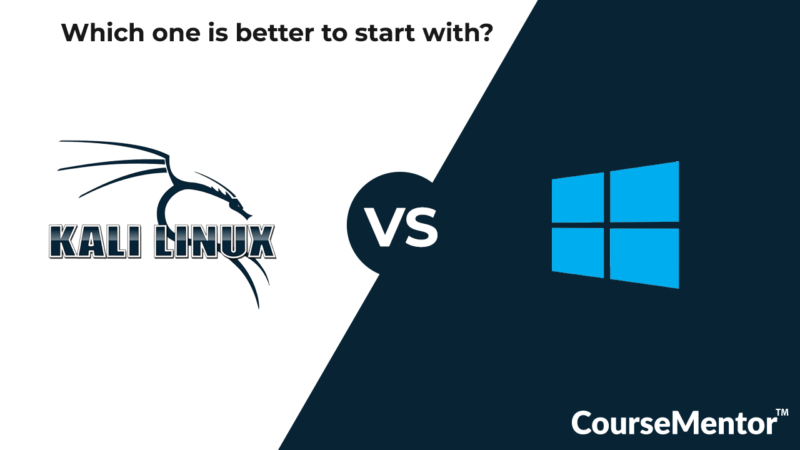 In the modern era, our life completely depends on computers, but computers also depend on the operating system. Today we will put some light on the most popular operating systems, namely Windows and Linux. We will also discuss some differences between both Linux vs windows operating systems and conclude which is the best.

This blog will guide you if you have the interest to learn about operating systems.

so let’s begin LINUX VS Windows

What is a window operating system?

As compared to vista, microsoft provides better desktop responsiveness due to which users are very happy, and it is also providing faster boot times.

In general words, the compatibility of windows is far better than the vista. Various programs that run on XP require updates due to which they don’t work properly, but in windows 7, all the programs (that can run on vista) can run immediately.

The best feature of windows 7 is the developed search tools, which helps users to find anything very easily and quickly that they need

The new significant changes introduced by the window aims for improving the experience on computer tablets and other devices. The new user interface depends on the Microsoft metro design language and starts using the screen similar to the windows phone as the primary language of launching applications.

In the beginning, the taskbar was not so good, but over time, microsoft is making the best use of their aero technology, due to which taskbar icons are grouped and larger and not marked with the clumsy text.

It is an open-source operating system based on UNIX, a Linux kernel designed by Linus Torvalds in 1991. Users can generate and modify variations of the source code, distributors for other devices and computers.

2. Open-source – source code of Linux is available for free, and anyone can access it and avail of the services.

multiple users can access the resources of the system such as memory, application programs, and ram, etc. at the same time

5. Hierarchical file system — it provides a quality file structure in which user and system files are arranged in a systematic order.

6. Shell — shell is used for the execution of the command in the Linux system. It can perform various types of activities, programs, etc.

Common things in Linux vs windows

In windows, it is very easy to manage multiple accounts for different tasks in such a way, one for personal use and another for the business, and it provides good security to all the accounts.

Linux can do the same thing, but it provides more features and great security when using it.

2. Both Windows and Linux are multitasking operating systems.

3. Window and Linux both have plenty of tools to develop software.

4. Both operating systems are very good for gaming and can be used to host online games.

5. Linux and window both have the same file system of the tree hierarchy.

GNU General Public License(GPL)v2 and others.

4. Linux uses the monolithic kernel due to which all its operating system work in the kernel system. However, windows follow a hybrid kernel system.

6. Linux is available in many languages compared to the window (available in 138 languages only). The marketing target of a window is mainly personal computing. But Linux followed the market target of mainly cloud services, servers, mobile phones, and supercomputers.

7. In Linux, there are three types of users, namely regular, administrative(root), and service. moreover,

Administrator, standard, child, guest are the four types of users in the window

The difference based on LINUX VS WINDOWS

As we discussed earlier, a brief about the linux vs windows operating system believes that a Linux is far better than the window and provides more advanced features in various aspects than the window.

Why Linux is better