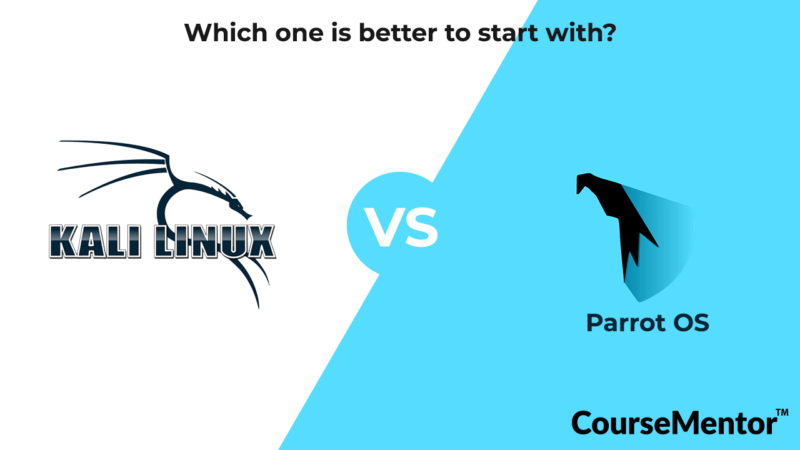 What is a penetration Testing Distribution?

A penetration test, also known as a pen test, is a parallel or simulated cyberattack against your computer system to check for exploitable vulnerabilities or an isolated setting in which the research team is unable to carry other machines into the target environment or provide network connections in or out. Created the first penetration Testing Distribution In order to complete the task. In simple terms, a penetration test is a process of testing the security weaknesses of an application, network, or system. In other words, we try to find out how secure our application, network, or system are and what are the chances or possibilities of our applications being hacked or attacked.

A brief discussion on both the operating system

Parrot Operating System is similar to Kali Linux and is an open-source Debian-based operating system. Debian is a freely available and popular computer operating system that uses the Linux kernel and other program components to be obtained from the GNU project. The GNU Linux project created a Unix-like OS(Operating System) developed with source code that could be copied, modified, and redistributed. In this, we will discuss what Kali Linux is, what parrot os is, and kali vs. Parrot OS.

What is Kali Linux?

Some features of Kali Linux

What is a Parrot OS?

Parrot OS is a version of Linux similar to Kali Linux and is known for its penetration testing capabilities and extensive toolkit. It is similar to Kali Linux in that it adheres to Debian standards, with all code segments adhering to a set of specifications designed for security professionals, developers, and privacy-conscious audiences. It was first released in april 2013. Parrot is a collection of penetration testing software designed to help with threat prevention, security analysis, forensics, and threat assessment. Penetration checking, risk assessment and prevention, digital forensics, and anonymous web surfing are possible.

Some Features of the Parrot operating system.

In the discussion of Kali vs Parrot OS, there are also some applications that are pre-installed in the Parrot Operating system, but not in Kali Linux.

Is Kali Linux or Parrot OS, designed for a normal user?

Kali and Parrot OS aren’t suitable for everyone. It’s not a standard Linux distribution that you can install on your desktop and think you’re smart because you’re using a “hacker OS.” You’re running a highly unstable device if you do so. Kali is made to be run as a root. It isn’t as stable or optimized as a standard Linux distribution. It’s an offensive rather than a defensive weapon.

After discussing Kali vs Parrot OS, Now the question arises: Which Is Better for Beginners?

The biggest concern now is which of these two distributions is more suitable for beginners. It should be remembered that none of these distributions is Designed to aim at beginners. In my opinion, if you want to learn about Linux as an operating system, Ubuntu is a good place to start. At first, this is very necessary to be familiar with Linux. Choosing an operating system for penetration testing, as described in this Kali vs Parrot OS article, is solely dependent on personal preference, customization, and system specifications. I will personally advise potential peoples to look into Parrot OS because of the many benefits it offers to consumers, learners, and the community as a whole.