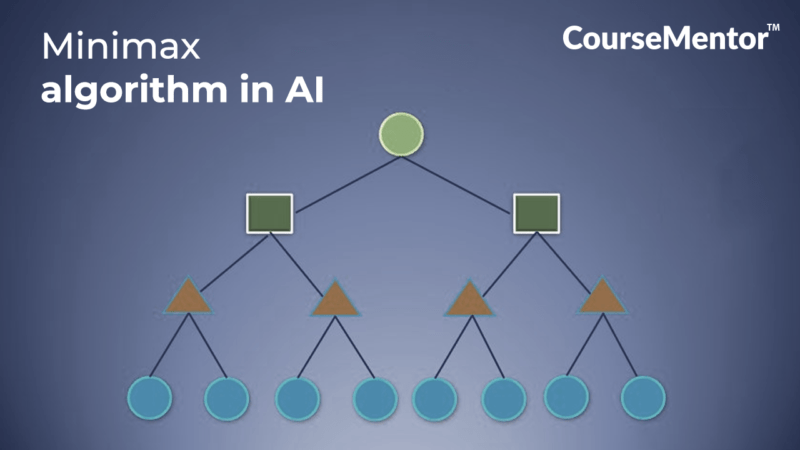 Computers are smart enough to read the human minds. It was us who invented computers and gave them the most high-tech program, language, and codes. These programs built to make human life simple and easy, but it seems opposite.

Minimax is an algorithm that is used in Artificial intelligence. Minimax uses a backtracking algorithm or a recursive algorithm that determines game theory and decision making. It uses the flowchart of a game tree. From which it will decide automatically to use the min function or the max function responsibly.

It is the algorithms that make the functioning of Artificial Intelligence possible. They work in a sequence of unambiguous commands. That helps to perform calculations, solve the problem, and much more specified actions. Where there is a game program, the Minimax algorithm comes first in all the programmers’ minds.

The Minimax algorithm is developed only for two-player games. Some of the two-player games are as follows. The most popular are poker, chess, tic tac toe, checkers, and much more. These all games are based on two players. The computer understands and implements the function of the game tree formula. To make its move to the opponents.

The minimax algorithm finds the player’s optimal move, domineering that the rival player is playing optimally too. The algorithm works at a time and only makes a move until the opponent makes one.

The Advantages of using a Game Tree in Minimax Algorithm

A Game Tree helps us to know the actual working of the Minimax algorithm in Artificial Intelligence. The main aim of creating a game tree is to find the best move for a player to win or lose a game. The maximizer will select the maximized value in the game, and the minimizer will select the minimized value. In the end, the goal is, one player will win, and the other player has to lose.

Flowchart of a Game Tree

It is how a Minimax algorithm works in an Artificial intelligence two-player game. All the algorithms used in the game will follow the node accordingly and as per player 2. The computer will make the moves for player 1, resulting in winning and losing the game.

Advantages in the Game Tree

This article will surely help you to understand the working of the Minimax algorithm in the world of Artificial Intelligence. The working and the advantages are mentioned in the article above. It also discusses the properties that are derived from using Game Tree. Artificial Intelligence is one of the major parts of our life. It is the technology that made it possible, which helps in solving some complex problems. In the world of humankind by computers.