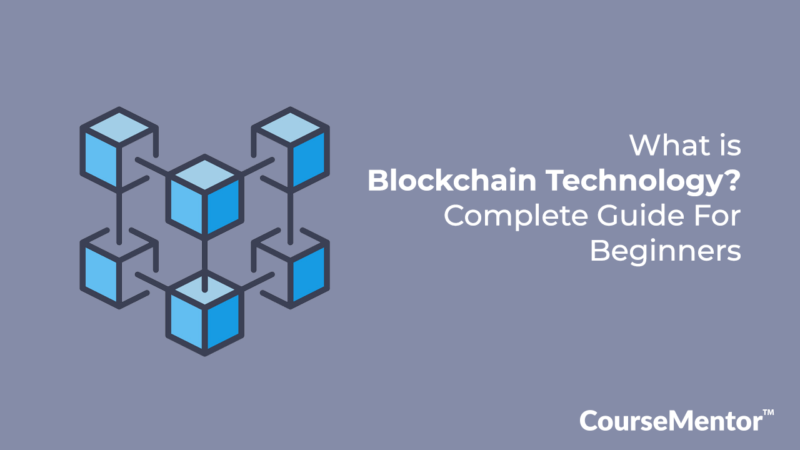 The definition of blockchain technology -:

Blockchain technology is a method of saving information in such a way that it is challenging and impossible to hack or track it. A blockchain is a decentralized record of repeated transactions. Distributed through the blockchain’s entire network of computer systems. Moreover, every block in the chain contains some transactions. When a new transaction is made on the blockchain, their record is also added to each party’s ledger.

Blockchain is an innovative and forward-thinking technology. Because it reduces risk, prevents fraud, and offers transparency in a scalable manner. Therefore it has a wide range of application.

Blocks, nodes, and miners are the three key concepts of block chain.

Each chain has many blocks, each of which has three basic elements:

3. The hash is a 256-bit number that associates with the nonce. It has to begin with a great number of zeros (i.e., be extremely small).

A nonce creates the cryptographic hash when the first block created. Unless it is mined, the block’s data consider as signed and forever connected to the nonce and hash.

Mining is the mechanism by which miners add new blocks to the chain.

Every block in a blockchain has its unique nonce and hash.

Miners use advanced tools to solve the extremely difficult math problem of generating an agreed hash using a nonce. Since the nonce is only 32 bits large and the hash is 256 bits long. There are around four billion nonce-hash combinations to mine until finding the correct one. Miners suppose to be discovered the “golden nonce” when this happens, their block added to the chain.

Decentralization is the key concept of blockchain technology. A single machine or entity cannot own the chain. But, the nodes attached to the chain form a distributed ledger. Any electronic device that holds copies of the blockchain. And keeps the network going as a node.

Every node has its blockchain copy, and for the chain to be modified, trusted, and checked, the network must algorithmically authorize every newly mined block. Any behavior in the ledger can be easily reviewed and interpreted because blockchains are transparent. A unique alphanumeric identification number is assigned to each participant, which is used to track their transactions.

Why is it blooming?

It utilizes a digital signature feature to perform fraud-free transactions. Making it impossible for other users to corrupt. Or alter an individual’s data without a unique digital signature.

Blockchain doesn’t hold all of its data in a single location. But, a network of computers copies the data and spreads it throughout the blockchain. Every device on the network updates its blockchain to represent a new block to the blockchain.

Where you can implement it?

Walmart, Pfizer, AIG, Siemens, Unilever, and plenty of other firms have also adopted blockchain technology. IBM, for example, has established the Food Trust blockchain 1 to track the route that food items take to reach their destinations.

This is one example of a blockchain in reality, but there are several other blockchain technology applications.

Other sectors in which blockchain technology is using:

Blockchain can modify the healthcare industry by improving the privacy, protection, and interoperability of patient data. It can solve many of the industry’s interoperability issues and allow safe data sharing among the various entities and people involved in the process.

Smart contracts are similar to conventional contracts in that the contract’s rules implement in real-time on a blockchain, removing the middleman and adding standards of transparency for all parties involved that are not possible with traditional agreements. This saves time and money for companies while also ensuring that everybody involved follows the rules.

Blockchain technology will revolutionize financial markets in the future as they provide a shared ledger of digital assets on all the nodes connected to the network. This technology followed by purely digital assets such as bitcoin and ethereum. Furthermore, other blockchain technologies are also working on results to aid us tokenize real-world assets like real estate and gold.

Bitcoin and other cryptocurrencies with blockchain technology can function without the need for any central authority. This not only eliminates a lot of transaction and processing costs but also reduces risk.

Blockchain technology draws its attention from the peer-to-peer network on its network to process, verify and record all the transactions across the system. This data is never kept but rather exists on the “chain” supported by millions of nodes immediately. Thanks to decentralization and encryption, a database of blockchain transactions cannot be corrupt, and each record is easy to verify. The network cannot be controlled or managed by a single node because its data is present all over the network.