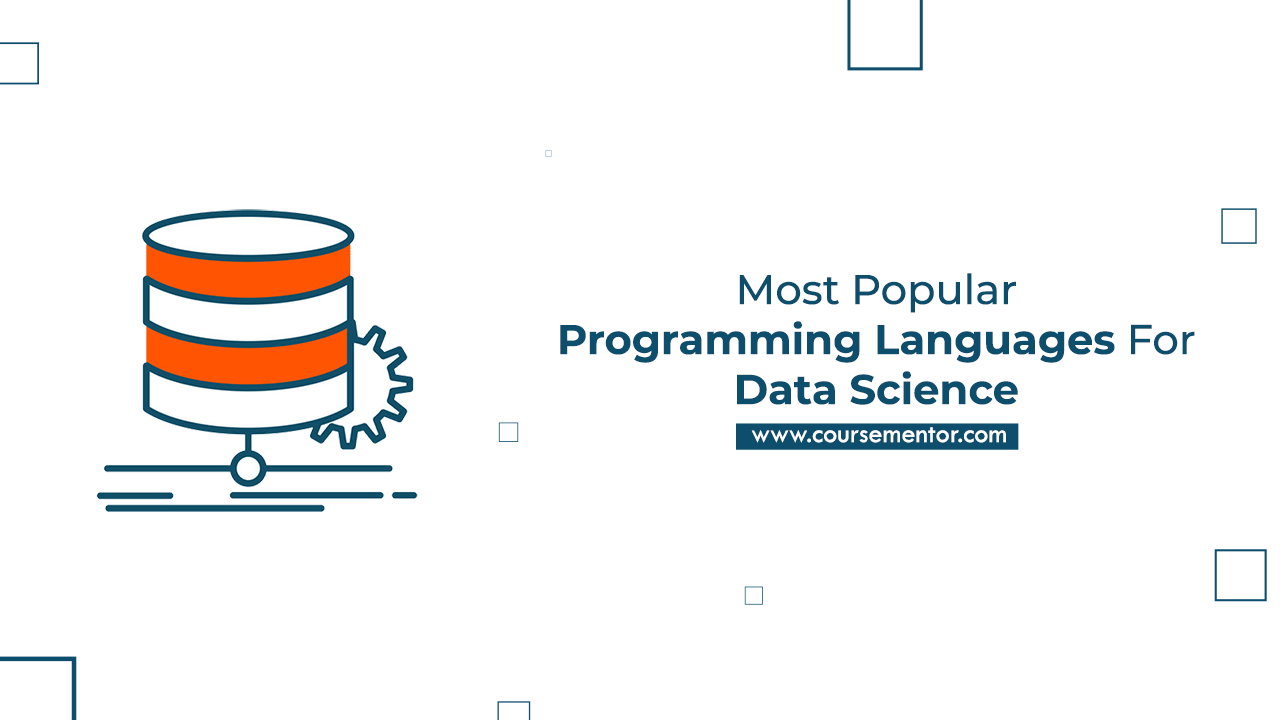 Python is considered to be one of the popular programming languages for data science as it has statistical analysis capacity, easy readability, and data modeling features. Moreover, it offers numerous libraries that support data science. These libraries are used for different purposes, such as NumPy used for numeric computations, Matplotlib used for data visualization, Pandas for data handling and data analysis, and much more. Being an OOP language, python supports several paradigms. Besides this, there are several reasons why data scientist must learn python for data science, and these are:

Scala refers to Scalable language. It is a programming language, which is Java’s extension because it was built over a JVM (Java Virtual Machine). Therefore, it has been seen that it easily gets integrated with Java. The basic reason why Scala is one of the best programming languages for data science is that it utilizes Apache Spark that helps in managing a huge amount of information. Therefore, it will be correct to say that if you have large data to manage, just go for Scala. There are several reasons to learn Scala for data science, and these are:

Julia is the preferred programming language for data science as it works faster than R, MatLab, Python, and JavaScript. Moreover, it is a great language for numeric analysis as it has various mathematical libraries and different data manipulation tools. Julia can easily integrate with different programming languages, such as Python, Matlab, C++, Fortran, and much more. There are the following reasons to learn Julia for data science, and these are:

Matlab is another programming language that is used for numeric computations that makes it essential for Data Science. It has mostly used for mathematical modeling, data analysis, and image processing. Numbers of mathematical functions, such as sqrt(x), are used in data science for statistics, Fourier analysis, differential equations, linear algebra, optimization, filtering, numerical integration, and much more. Moreover, Matlab has built-in graphics, which is useful for presenting data visualizations with the help of various plots. There are numerous reasons why students must learn Matlab for data science, and these reasons are:

R considers to be one of the best programming languages for data science because it was developed for statistics solutions. It gains popularity day by day because of its active communities and libraries available to use. R offers libraries, which contain a host of tools, functions, and ways to analyze and manage information. Moreover, each library focus on a different function, such as data manipulation, web crawling, managing textual data and image, data visualization, and much more. Why R is useful for data science:

This is particularly design for retrieving and managing the data that is stored within the relational DBMS. The main objective of data scientists is to change the information into an achievable action. That is why they require SQL to get the information from the databases. Several renowned databases are SQLite, Postgres, Microsoft SQL Server, MySQL, Oracle, and much more. There is a significant role of the SQL in data science, and data scientist use it because:

Now, you get detailed about which are the most popular programming languages for data science. So, it would be beneficial to go ahead and try to practice them as much as possible. Every programming language is not always correct for data science as all have their own importance, such as SQL used for data management and python for data analysis. Therefore, we can say that it’s all up to you which language you want to use and for which purpose. You just need to remember that whatever your preferences would help you expand the skillsets and support you to become a Data Scientist!

What languages should a data scientist know?

Which programming tool is most likely to be used by data scientists?

It is always necessary that data scientists must know the following tool that helps them in extracting the essential details from the given data. These tools are:
SAS
Apache Spark
BigML
D3.js
MATLAB
TensorFlow
ggplot2
Tableau
Jupyter
Matplotlib

Yes, SQL is always used by Data Scientists to arrange the information and work with it sequentially. It has been seen that beginners are busy learning Python or R for Data Science, but they must understand that Data Science is meaningless without a Database.