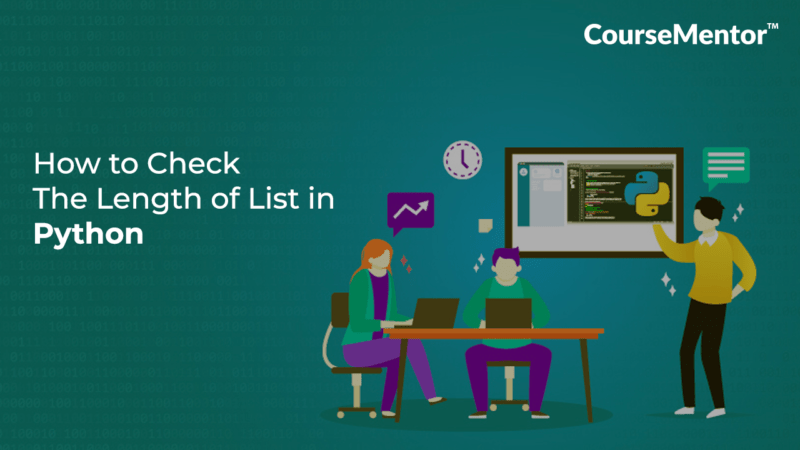 In the modern world of technology, Artificial Intelligence, coding, and data science are on another level. No matter how vast or how far they have reached in the technological era, without the base, they are nothing. Python is the pillar for all the other programming languages.

The technology is running so ahead that with just a click of a button. One can see what their kids are doing in the house, and with the same click, they can access any functions of the house. All this is possible with such high-level programming languages, and one of them is the Python language.

Many students are pursuing different programming languages, and the most popular is the python language. Students have innovative ideas that they implement in the python language just because it makes the work simpler and more efficient, and more productive thanks to the program’s faster working.

The Len() function in Python describes the limit of a program. We can set numbering to a program say 0 to 10. So, this will be known as the len() of that particular program. It is just an overview of len() function in the simplest form. It’s not the actual definition of len().

The list in python language is a collection that has multiple data types. The benefit of using the list in Python is that it gives the freedom to change and rearrange the len() function data. The main function of len() is to find the Length of an object used in the program. It is also possible to have a duplicate entry in a list.

How to find the Length of the list in Python?

This method is the easiest and quick way to know the Length of a list in the program. Len() is considered to be the most traditional technique acquired by many programmers in today’s time.

Len() consists of the tuple, list, dictionary, and string, etc. the working of this function allows one argument at a time. The number of elements in the list in the return value is always an integer.

Let us see some example which helps to understand Len() much easier.

The list “Capitals” is determined with four-string elements. This function of len is known as by passing in the “capitals” list. The Length of this list is 4.

The list” Mobiles” is determined with ten string elements. This function of len is known as by passing in the” mobiles” list. The Length of this list is 10.

The version of an array in Python is the Lists function. They are a mixture of made-up data types. And they are considered to be 1 Dimension arrays of any data type. The programmers use” array” and” list” as replaceable terms outside Python.

Talking about the Naive method, it forms a circle of the loop and expands the counter. It will keep on expanding unless the final element becomes its count. There are many other efficient techniques in the field of the list in Python. But the most simple and the best strategy used for the list is the naive method.

Let us see some example which helps to understand Naive method much easier.

For I in ListName:

For I in ListName:

Length of the list using the naive method is: 5