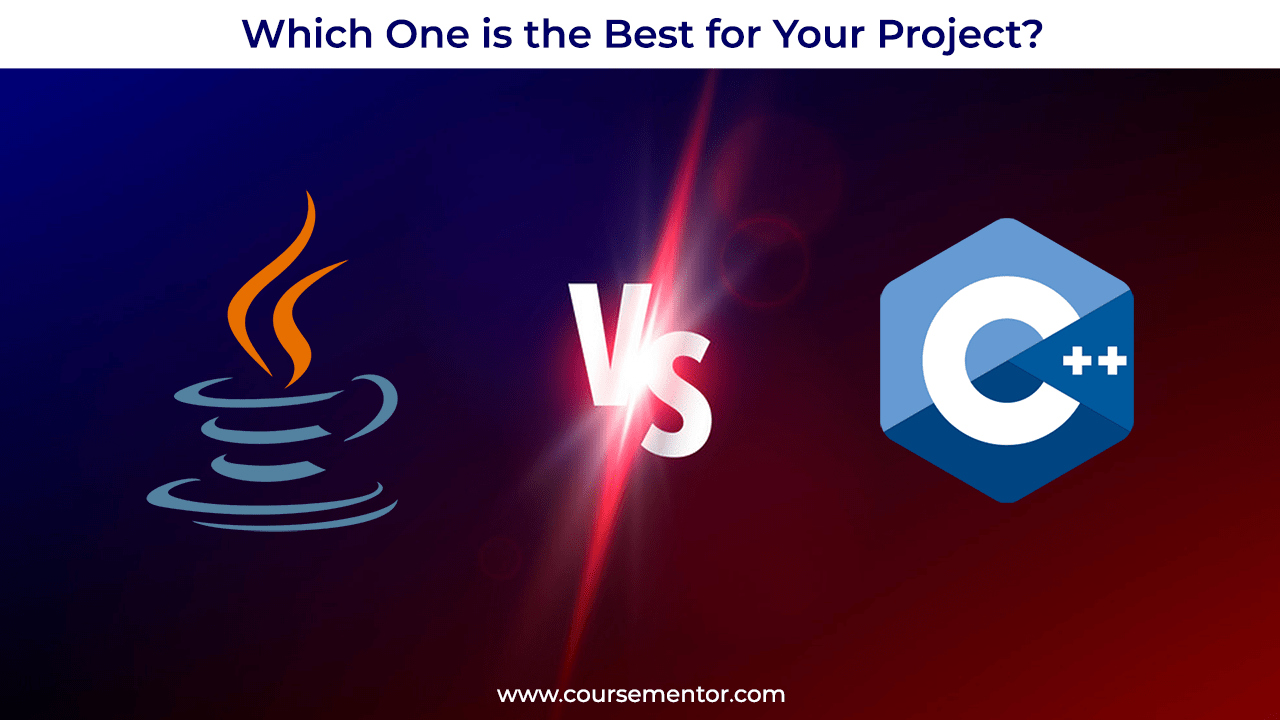 In this new world of Artificial intelligence things, everything is growing very fast day by day, everything becomes logically programmable and new inventions occurred by developers to make things or work easy. Java Vs C++ is both programming language booth languages that have their own features and specialty. Java is handled by most developers and it is an advanced level language. While C++ is less handled by developers because of its limitations and it is a basic language in Programming.

Java vs C++, two are the most familiar to programming languages. A developer can help you to choose the best language between both, by analyzing your project.

So without wasting much time let’s start learning some basics about Java Vs C++ in a simple and easy way.

Java is an object-oriented language that was created by Sun Microsystem in 1995. It is the favorite language of developers. This programming language needed to run several applications like social media, audio, games, video application, and many more.

Java is the language that can write once and run on any platform, this feature makes it the most compatible language. It is a class-based language as well as an Object-oriented language. This is an independent programming language that follows a simple logic that makes it easier to control is “Write Once And Run Anywhere”. It means code may run on any java supported platform.

C++ is a general-purpose programming language that was developed by Mr. Bjarne Stroustrup in 1980 at the famous Bell Laboratories of (AT&T) in the United States of America.

Mr. Bjarne Stroustrup is known as the father of C++. He makes this language to integrate the object-oriented style of programming into the C language without changing the major fundamentals of C.

C + + is now growing significantly very fast. And C++ has functional features, object-oriented, generic features for low-level manipulations. It is used as a compiled language and many vendors afford C++ compilers. As well as LLVM, Intel, Microsoft. So it is available on several platforms.

This language developed with a bias toward embedded and system programming, with efficiency, the performance of uses as it design highlights. C++ also has many uses in contexts with key strengths being software infrastructure. And resource-constrained applications which include applications, video games, desktop and perform critical applications.

Some Major Similarities Of Java Vs C++

Some Major Difference of C++ vs Java

A major mistake occurs in languages that when a language is similar to another language then the function is also similar. This can create confusion in developer’s minds. Java and C++ are more similar in Syntax but extremely dissimilar in execution and process.

C++ language is compiled into binaries so that it runs faster than Java programs. Java is the favorite language of developers but it is slow while running time as compared to C++ because the code is first interpreted during run-time.

Pointers are those which help programmers to manage values in memory spaces directly in C++. Java doesn’t support pointers so you have to use only value references in Java.

It is a concept that tells the functionality of an operator and method. Java supports method overloading while C++ allows you to overload operators.

Which Language Is Best Option For Your Project

C++ is mainly used for such software that includes projects like Hardware-level Manipulation. The main difference between both languages is that C++ is a machine-friendly language as compared to Java. C++ runs quickly and faster if you have to work directly with the computer’s memory, CPU, hard drive, etc.

Java is mainly used in Android development. Android uses most for application development, so if you have an android application project then you have to go with android. It is also compatible with desktop apps and web apps that run on the server.

The best way to get a better decision is to post your project and ask developers for their opinions. They can help you with which language is right for your project and show you the right path.

In this blog, you will learn about Java vs C++. Our Experts will provide you the best knowledge about the specific topic and provide you the sophisticated strategies for good remarks and to maintain good records.