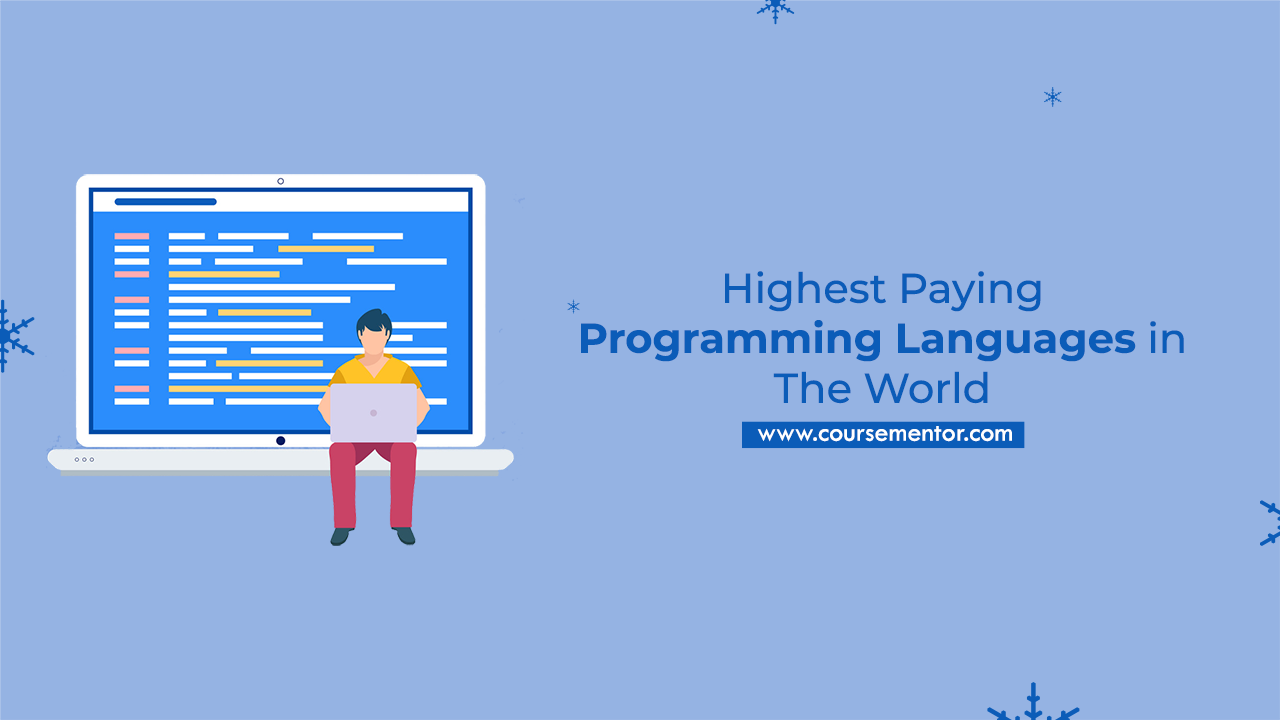 Today, the demand for programmers is increasing at a rapid pace.

As more advanced programming languages are getting introduced. Several people want to move their careers toward programming.

Moreover, programmers earn in six-figures per annum, averagely in the US, Canada, Australia, UK, etc. This thing attracts more and more people toward programming.

There are numerous, highest paying programming languages. Out of which,  some offer a greater salary than others.

What are the Highest Paying Programming Languages

The various programming languages that offer a high salary are as follows.

Martin Odersky developed Scala in 2004. Scala is a high-level, general-purpose, and multi-paradigm programming language. Moreover, it is a type-safe JVM language that joins functional and object-oriented programming in a high-level language.

Scala source code compiled to bytecode, which can be executed on JVM( Java Virtual Machine). Every element is an object in Scala. Therefore, there is no concept of primitive data.

Furthermore, there are many reasons behind the popularity and high salary trend of Scala. The immutability feature of Scala enables parallel processing at high speed. JVM and Javascript runtimes help to develop high-quality systems. Moreover, Scala provides an extensive collection of libraries, which makes it more robust and reliable. Consequently, Scala’s demand is very high. And it is one of the highest paying programming languages.

Anyone can use this programming language in web development, application development, and in operations and infrastructure teams, etc.

Go is very popular among developers for its easy syntax. Despite its runtime efficiency and typic features like C++, its usability and readability are similar to Python and JavaScript.

Moreover, Go also allows for high-performance multiprocessing and networking. Go is a new programming language in the industry. Yet, it is best for creating user-friendly, efficient, and reliable software products.

Objective-C inherits the flow control and primitive types of C and adds classes and methods to it.

Until the development of Swift, It was the primary programming language of Apple. Yet, Developers are still using Objective-C. Since it is reliable, tested, and in use for a long time.

Ruby on Rails is a server-side web development framework.   It was written in Ruby programming language by David Heinemeier Hansson. Ruby on Rails is an MVC (Model View Controller) framework that incorporates default structure for web pages, database, and web service.

The main goal of Ruby on Rails is to create robust and legible programs.

It uses HTML, CSS, and JavaScript for user interfacing and JSON and XML for data transfer.

Many unique features, such as scaffolding of views and seamless database table creation, are available for fast application development.

Kotlin is in 5th place among the highest paying programming languages.  It is a general-purpose, statically typed, and cross-platform programming language developed by JetBrains. It is fully interoperable with Java. However, the JVM version of Kotlin’s standard library depends on the Java Class Library. The type inference feature of Java makes the syntax very concise.

Moreover, Kotlin can also compile to JavaScript and native code (via LLVM) rather than Java.

Google has declared Kotlin as the preferred language for Android app development. Since then, Its popularity has increased at a very high rate.

Apart from its concise syntax and full Java compatibility, Kotlin has the complete support of Google’s community.

Perl is a general-purpose, high-level, dynamic, and interpreted programming language. Larry Wall developed Perl in 1987. It was a Unix scripting language for text manipulation and report processing when developed. However, in the current scenario, developers are using Perl for other tasks such as web development, system administration, GUI development, etc.

Moreover, Perl consists of features from other programming languages, i.e.,  AWK, shell script, and sed. Perl supports Unicode and is compatible with various mark-up languages such as HTML, XML, etc.

C# programmers can develop web apps, mobile apps, back-end systems, and consoles. Moreover, Its machine learning platform ML.NET can create Machine Learning applications. Therefore, it is not incorrect to say that C# is a versatile language. And also the highest paying programming language.

Python is the most popular programming language these days. It is not only bound to software development. Instead, it can create applications for various other fields such as web development, game development, desktop GUI, etc.

Python is an open-source, high-level, and object-oriented programming language.  Moreover, It is a general-purpose language that can serve various purposes, i.e., machine learning, task automation, web scripting, data analysis, and many others.

As it is useful in numerous fields, its demand and salary trend is at the top.

You are now aware of the highest paying programming languages. And how much average income their programmers earn.

It is always a good idea to expand knowledge to more than one programming language. This idea will allow someone to master different directions for coding.