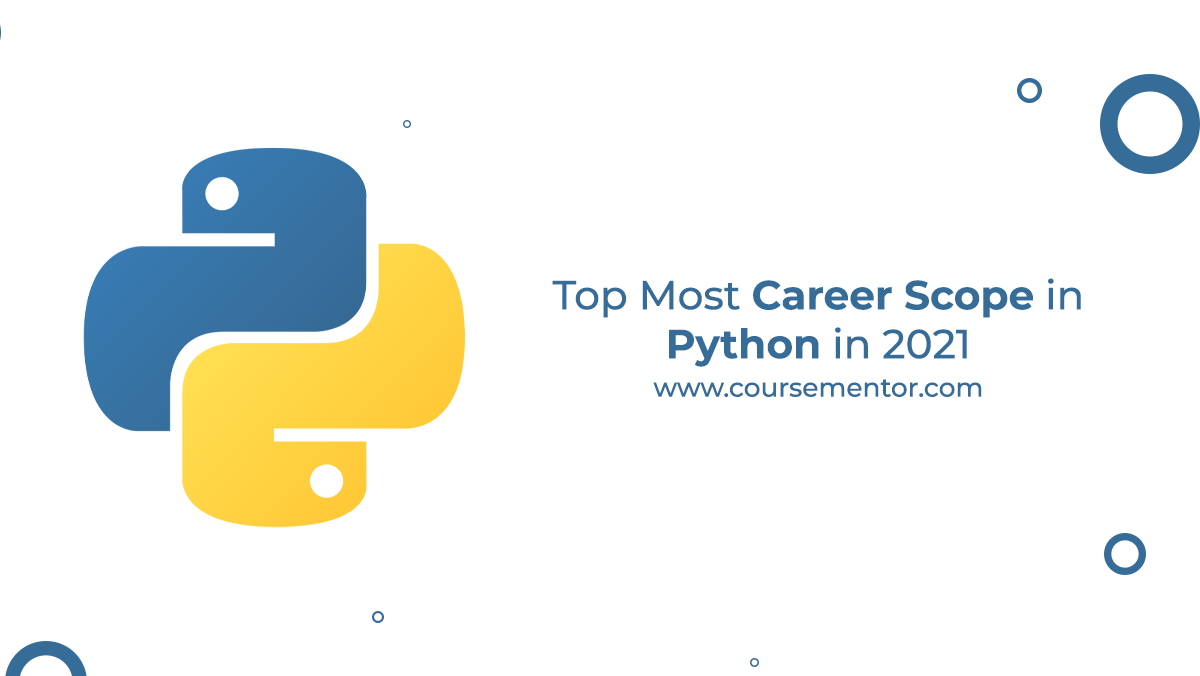 Now the world is changing at a rapid pace. Everything is dependent on technology. It gives students the platform to make a promising career. Nowadays, students are taking computer science fields for study. In it, they have to learn different programming languages, and Python is one of them. Anyone should be aware of the career scope in Python if he is planning to learn Python for job opportunities.

Python is one of the most popular programming languages that offer a promising career scope. The popularity of Python is increasing day by day. Python is very easy to learn, flexible, and efficient. As it is an old language, its community is vast. It’s syntax is easy to learn and understand. Python offers many libraries that make it more beneficial than other programming languages, i.e. TensorFlow, Numpy, Scikit-Learn, Keras are some of the famous Python libraries.

Python operates in many application domains that make it a general-purpose programming language. There exist several job profiles for a Python programmer. Python developers can choose any one of them. The career scope in python is quite large, and so is its domain. Here are the various fields where we can use it-

Moreover, the list of some popular Python cms is as follows.

Graphical User Interface(GUI) is something that affects the overall impression and usability of an application. Python offers a plethora of tools for building the GUI of an application. Its understandable syntax and modular programming approach take it to the next level.

Some of the popular GUI libraries are given below.

Python consists of many features that make it perfect for software development, for example, agile execution, a massive collection of libraries, and extensive compatibility. Python is also used as a support programming language for project management, building control, and testing. Some of the Python development tools used for this purpose are listed below.

Web scraping is the process of obtaining information from the internet.

This information is utilized by various business organizations, analysts, researchers, etc. There are numerous web scraping tools present on the internet that collect information from websites by crawling them. After crawling, scrapped information is stored in one place.

Python’s application for game development is a suitable example of high career scope in Python. Games are in huge demand and will remain in the future. Several Python libraries provide multiple tools to implement a game developer’s creative, logical, and artistic thinking.

Python extends the functionality of many popular games. Here is the list of some popular games that are using Python programming-

Given below are some famous Python frameworks for game development-

There are many other Python frameworks for building games, and various others are currently in the development phase.

Average salary of a Python Programmer

A Python developer’s salary varies from country to country.

Python offers a fruitful salary package worldwide, which is very reasonable to prove the career scope in python.

Why the Career Scope in Python is Increasing

It is already described earlier that we can use Python in several domains. Whether it is Machine Learning, Scientific Calculations, Data Analysis, or Artificial Intelligence, Python has proved itself. It also offers many job possibilities with a good income. The programmer community believes that Python will continue to hold a considerable share in the market.

There are many other reasons why more and more industries are moving towards Python. .

In this blog post, we have discussed the career scope in Python. We gave information about Python’s applications, Various domains of Python Programming, and the average salary that anyone can expect as a Python developer. We guided you about the reason for the increasing demand for Python. Learning Python can be anyone’s great decision in 2021 and beyond.

There is an enormous amount of opportunities waiting for him in the future. Python is not bound to any specific domain. Instead, its territories are increasing rapidly. There are several Python courses available on the internet. Numerous courses are free as well as paid. In contrast, anyone can enroll in those courses, learn them, and can start their career in Python. In 2021, it’s a great skill in which a student can make investment.