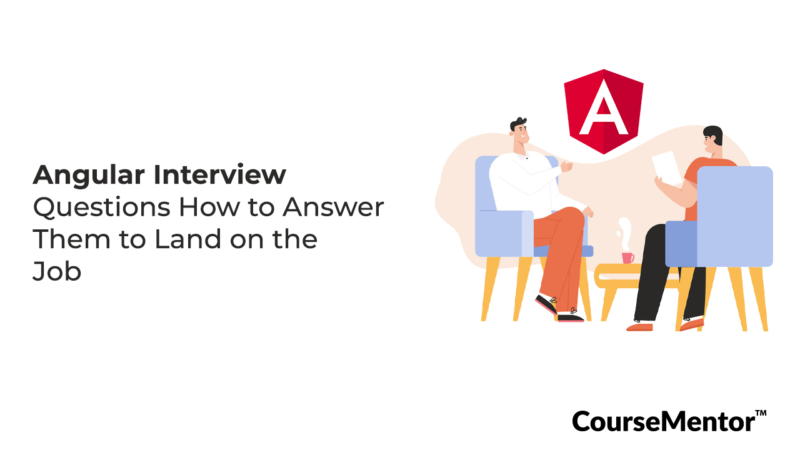 Nowadays most of the students are searching for angular interview questions.

Humans completely build the application we use today. Everything we see around is functioned by computers. And we humans have created this amazing technology that can do impossible things. Many use mobile phones, which helps to connect with people around the globe.

No one thought it could be possible with Angular’s help to talk with people on social media applications. Some of the popular applications that are in our phones make it possible. The applications like Facebook, WhatsApp, Instagram, and YouTube. This application connects people from around the world in no time.

All this technology is the invention of humans. They have come a long way, where computers are learning human behaviors. In coming years, most of the work of people will be replaced by robots. Which, to some extent, is not good for our human mankind? Those poor labor people will be the target to get replaced with robots.

Angular is a TypeScript. It is an open-source platform that helps to work at the front end of a mobile or web application framework. Many students get drift towards this field. Because it has a wide scope for the upcoming generation in computer science, the salary they pay is also high enough to give your time and effort.

Angular helps to built technology with faster compilation. And also better libraries for HTTP requests, backward compatibility, and much more. Due to these many features and functions, Angular is one of the best technologies for web applications.

Angular is a very user-friendly and trustworthy platform for creating mobile and web applications. It also consists of Component-based architecture, which helps to divide the logical and functional components. They are completely independent of each other.

A student should be prepared enough for the interview, especially when it comes to technology. The tech world never ends at a point. It is an interrelated field that connects with another component of its field. So, let’s go through some of the most interesting obvious questions asked in an Angular interview.

Can you please define Angular?

It will be the most obvious question that will appear in the interview. The answer to this question should be very simple and easy-going. It would be best if you told the definition of Angular.

Angular is a TypeScript based on an open-source platform that helps to work at the front end of a mobile or web application framework as the codes in Angular are easy to maintain and reusable. It will be best for enterprise web applications development. Angular works on the principle of SPA (Single Page Application) and dependency injection. It gives dynamic content for the user.

Can you please tell us the essential building blocks of Angular?

The candidate should go through every basic point, which can arise from the definition itself. Angular cannot work on its own. It must have some components that make the working of the function.

The second important building block is Modules. It is a tank that consists of groups that are completely related to other components. App module is considered to be the default module for Angular. The Angular also consists of other small components like Directives, Services, and Templates.

Can you please tell us the difference between Angular and AngularJS?

The dependency injection of Angular supports with a unidirectional tree typed components detection. In AngularJS, there is no support for dependency injection. It is simple to manage and develop a large application in Angular. Because of the simplified structure. Whereas the AngularJS cannot be managed as that of Angular because of its complex structure. Angular comes with upgraded features that make it faster than AngularJS.

What are the advantages of using Angular?

Angular consists of many advantages, making it even easier to use the function in developing a web application. With the help of a Component-based structure, it gives relief from the MVC pattern.

Angular gives the freedom to add some custom directives, services, and animations. The working and handling of the event process are extremely easy. It consists of a tree structure component that makes coding much easy to read and work. The process of data binding in Angular is a two-way process. And it also assists in template syntax and validations.

What is two-way data binding?

The two-way data binding process in Angular helps synchronize the data model automatically in the view. It can be explained with an example if the user in a model has updated the data. And all the components will be displayed in multiple places of that model. And after that, the update will be done in all places.

What personality will you bring to the team?

Again, a very basic yet easy answer which will define your personality. So, while answering this, you must show that how do you work. Your presence of mind, anger management, and a lot of other stuff to look after. Always say the positive in you, be supportive with the team members, and show dedication towards your work. Always assure them that you will give your best for the company. Respond to people’s queries and questions in as quick a time as possible.

Once again, a very formal question that doesn’t always have to be given emotionally. Make a statement that positively shows your weakness; my weakness is that it’s too difficult to say no to people very easily, resulting in taking all other’s burdens in my head. It ends up working all day to catch up with all the expectations with the people’s task. It is a very smart move to make whenever this type of question arises.

This article will surely help you to prepare and crack the most frequently asked Angular interview questions. Many open platforms can work in web development. But the most popular one is Angular. It is widely used in many application processes because of its efficiency and readability of the codes, which are present in the applications. Angular also gives the freedom to a user to develop an application in Mobile phones too.